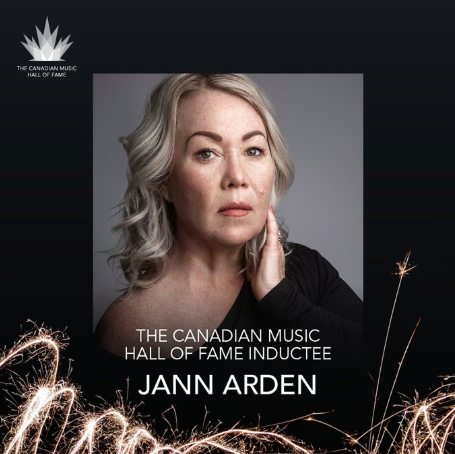 Posted at 17:44h in Featured by admin

Many of you know Jann Arden has been a big part of Dave Kelly Live. She’s been part of all 26 shows, and she brings us a laugh every time.

This past week she was named to the Canadian Music Hall of Fame and all of us at DKL couldn’t be more proud.

A lot of people are telling Jann stories in honour of her Hall Of Fame nomination, and this is the story of the first time I met Jann Arden, back when I was an unknown morning show host – and she was already a big star.

Everyone, that is, except for some very sick kids.

The Children’s Hospital sent everyone home that could go home – but the really sick kids, the ones with masks and tubes who couldn’t even have visitors – were stuck. They couldn’t even leave their rooms to have a party.

I’d been working with the Hospital for a few years and they asked if I had any ideas. And this is what we came up with.

I said, “Let’s record interesting Calgarians calling out bingo numbers, then have our editors at the TV station jumble them up and edit them onto one long VCR tape (yep… VCR tape)  and we’ll have the biggest custom-built in-your-own-hospital-room Millenium Bingo Spectacular!”

Now, this was long before iPads or streaming, so we had to rewire their TV cables a bit – but the plan was simple.

The kids could stay in their beds in their hospital rooms with bingo cards and watch their TVs and when they won, they’d push the nurse call button and a nurse would run through the hospital to wherever they were with a prize.

It was so low-tech it was ridiculous.

We had to rewire their TV cables a bit – but the plan was simple.

Anyway – I sent a note to the fire chief, the police chief, the mayor, every on-air person at A Channel… and on a complete lark, I sent one to Jann Arden. Or at least to her people. (I don’t even know who her people were back then, I didn’t know Jann) and explained that I needed Juno Award winner, international star Ms Jann Arden to come to the station and record 5 bingo numbers on camera. She didn’t need to say anything else. Just B1, then B2, then B3 then B4 then B5.

Can you imagine getting that request? I didn’t even expect a response.

And then I got an email from Jann Arden… and she said, “What time do you need me there?”

We almost fell over.

And on New Year’s Eve, 1999, she appeared on VHS tape in the children’s hospital calling bingo numbers.

The kids loved it. The nurses lost their minds.

The parents, stuck in a hospital on the biggest New Years Eve of their lives, trying to make the night fun for their kids who were in the middle of their battle, watched Jann Arden light up their kids’ TV with her smile and say, “Hi, I”m Jann Arden… B3.”

It’s my favorite recording Jann ever did.

Congrats to you Jann on being inducted into The Canadian Music Hall of Fame!

They will play a lot of your big hits, your big duets, your great musical and entertainment moments – moments that mean so much to so many of us – they will talk about how your music has affected people’s lives in so many ways.

All of it will be true.

And what else will be true? That a few parents out there, a handful of nurses and some in kids who are now adults who will be able to say, “I was a sick, scared kid stuck in a hospital… and you made me smile.”

You are such a good person,