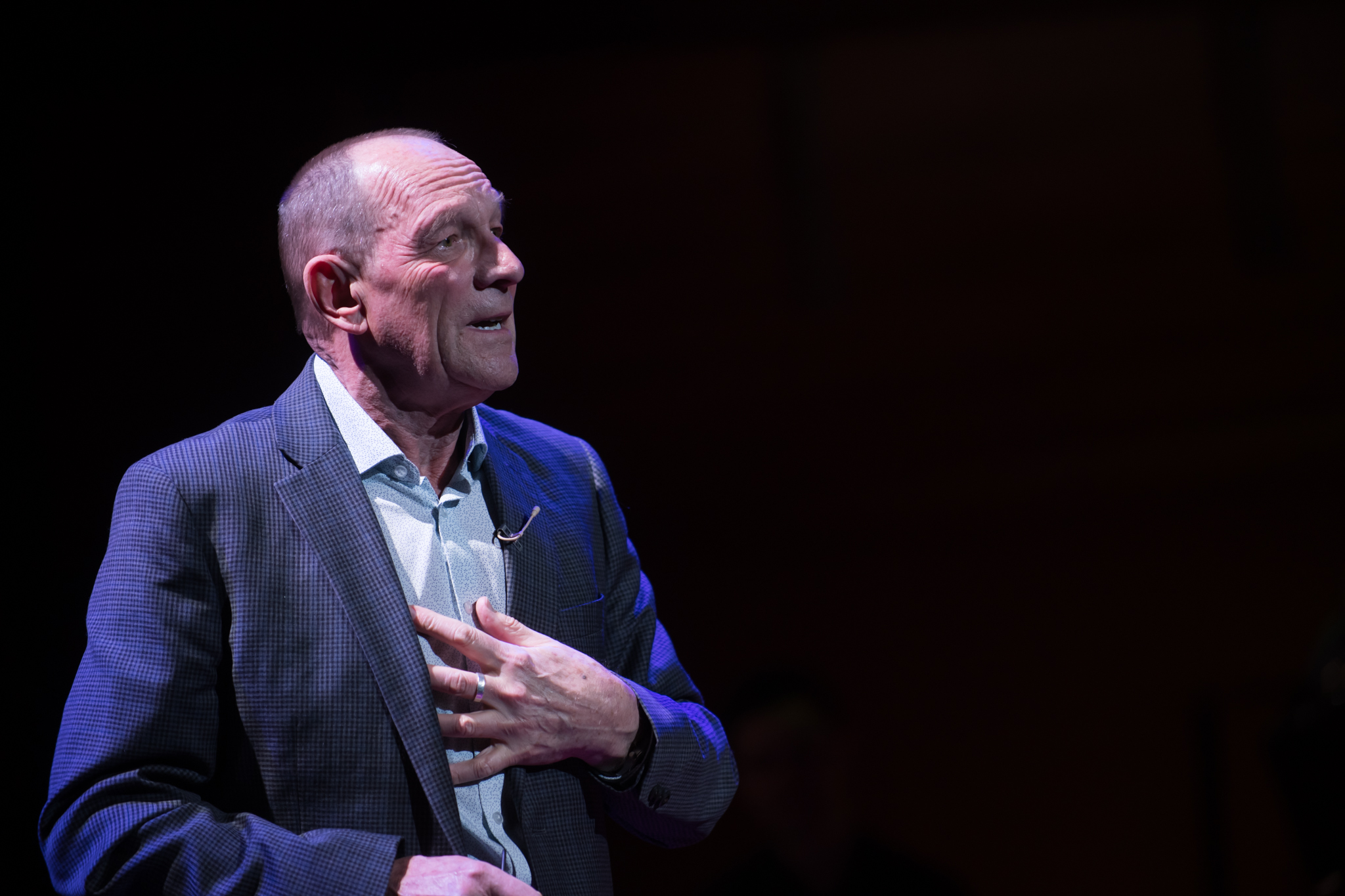 Posted at 03:30h in Featured by admin

We’ve been talking about Ellen Degeneres a lot these past few weeks. One reason was a phone call I received from her people, and the second was I was using one of her speeches from “Finding Nemo” for a story in our Valentine’s Dave Kelly Live. At first, I was just going to quote the Nemo speech in the show, but then got a ridiculous idea.

First the speech. (I’ll get to the phone call, I promise.)

In “Finding Nemo,” Dory, a fish who has short-term (and long-term) memory loss, has befriended Marlin, and together they are on a cross ocean quest to find Nemo, Marlin’s son, his boy who is lost.

Spoiler alert: If you’re one of the three people on the planet who hasn’t seen Finding Nemo, things work out in the end.

But my favourite moment in the movie is when Dory is in a crisis. After the two of them have faced enemies, obstacles and dangers across thousands of miles of miles of ocean, Marlin, the Dad, is hit with the realization that he might not find his son, and he swims away from everything, including Dory, and Dory is left alone.

Dory doesn’t know what do with herself. She’s lost. She calls out at Marlin to stop, to stay. In that moment, she realizes what Marlin has meant to her and, in my head, it’s when she realizes in some fish way that she loves him.  She says:

No. No, you can’t… STOP. Please don’t go away. Please? No one’s ever stuck with me for so long before. And if you leave… if you leave… I just, I remember things better with you. I do. Look:  P. Sherman, forty-two… forty-two… I remember it, I do. It’s there, I know it is, because when I look at you, I can feel it. And, and I look at you, and I… and I’m home. Please… I don’t want that to go away. I don’t want to forget.

And I asked myself, why does that moment hit me so deeply? It’s a sad scene, and as my Tess would say, “There’s not even kissing!”

Maybe it’s because Ellen does it so well. Maybe it’s because Ellen and I have talked about that time in her life: how she was in the midst of a career crisis when she recorded that speech. Her sitcom had been cancelled shortly after she came out and said she was gay, her sponsors had deserted her, her phone stopped ringing – she was truly alone, trying to make sense of her life.  It was a dark time.

Whatever it is, that little blue fish rips my heart out right there.

So for our Valentine’s Show, I decided to quote a bit of the speech to talk about how love is complicated, love is hard, and sometimes love leaves you feeling alone, but that hopefully, love is worth it.

And then when I was looking over the words, I thought, “What if this speech wasn’t done by a fish, but by an older person. Someone dealing maybe with dementia, someone dealing with loss… how would that sound?”

And then I thought, “What if I had Stephen Hair – one of Canada’s great actors – someone who does Scrooge every year in A Christmas Carol – what if I asked him to do that speech?”

Now that was a funny email exchange. “Hey Stephen, I have an idea.”

“How about doing Dory’s Speech from Nemo?”

And that’s what we did. Fifteen years after Ellen made Dory’s speech a beautiful piece of animation, Stephen Hair played it for us. Click the picture below to see his beautiful performance…

Ellen’s people said she had a blast with me in Calgary and Vancouver – and asked if I would go on tour with her to Montreal and Toronto. I say YES, obviously.