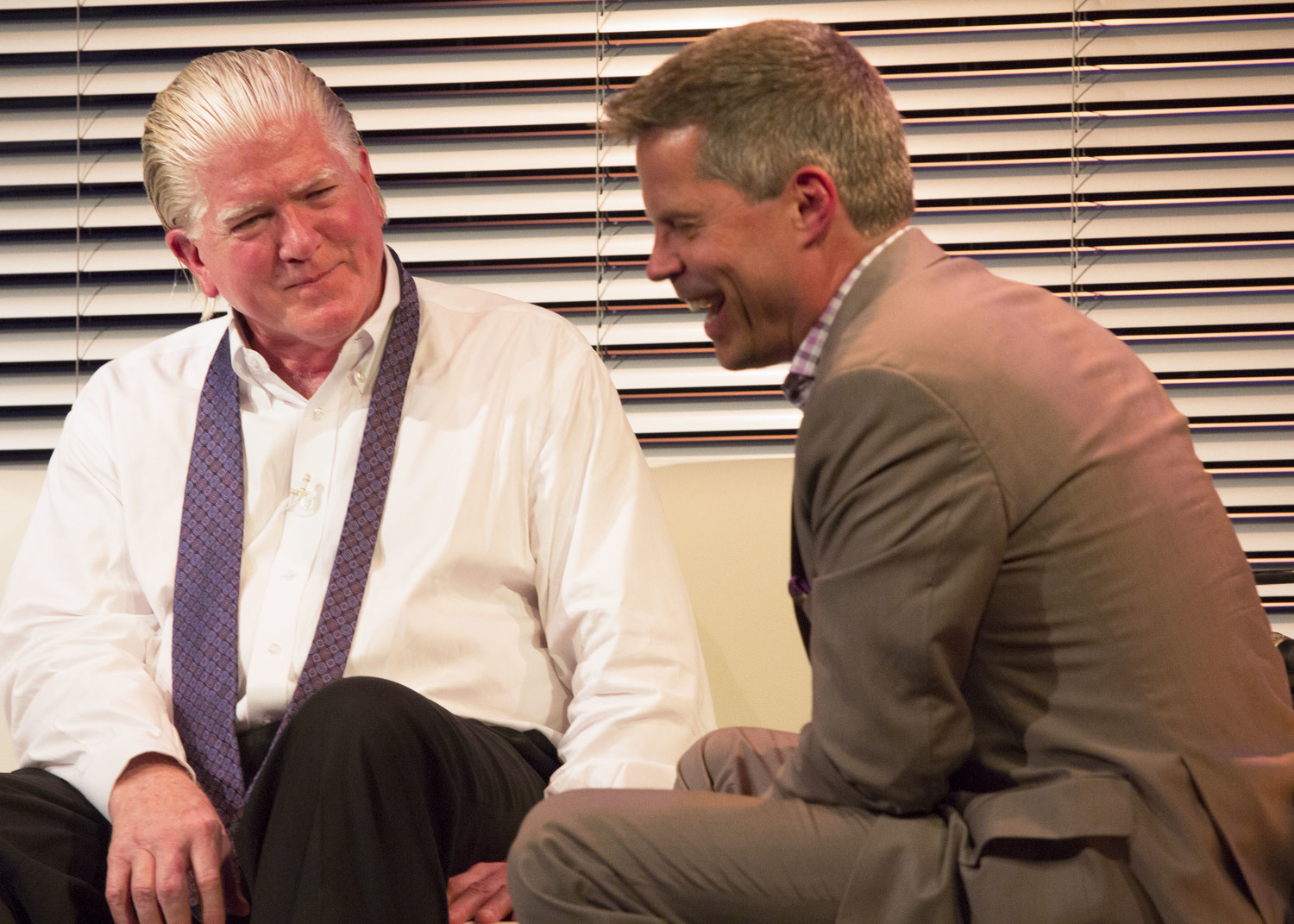 Posted at 05:18h in Featured by admin

Being New Year’s and all, I’ve decided to try and get some things done. Or at least one thing done.

Yesterday, I was standing in my underwear thinking about my dishwasher and Brian Burke and a conversation I had with him on Dave Kelly Live.

Brian was a great guest, funny, smart and a bit cranky, but cranky in a “no bullshit” kind of way. A great way. He might put his pants on one leg at a time, but I suspect he doesn’t take too long to do it. Or stand in his underwear staring out the window and wondering about stuff. Which brings me to my dishwasher. And my underwear.

Early yesterday morning, I went to have breakfast and there were no clean spoons in the cutlery drawer. I looked over at the dishwasher. The green light was on. Which means it was full of clean dishes, including spoons. But if I open the dishwasher the green light comes off. So there was no way to open it and take one spoon out without Blythe knowing. So, I did the mature thing and sighed really loudly so she would know how hard my life was that I had to empty the entire thing. For a spoon.

So I’m frustrated, burdened with my life, emptying the dishwasher, and as I yanked out the top tray, it fell out of it’s tracks and crashed down onto the bottom tray. Loud. Now I was really angry. Not just because it was loud and annoying and frustrating, but because there is a little plastic thing on one of the tracks that keeps the whole thing together and it fell out.

It fell out last summer.

And every time I unload the dishwasher now, I have to be careful that I don’t pull the top tray out too far or the whole thing falls apart.

So I got out my computer and ordered a new part.

And then put on my pants. One leg and at time.