Me, the President and an Unimpressed Son 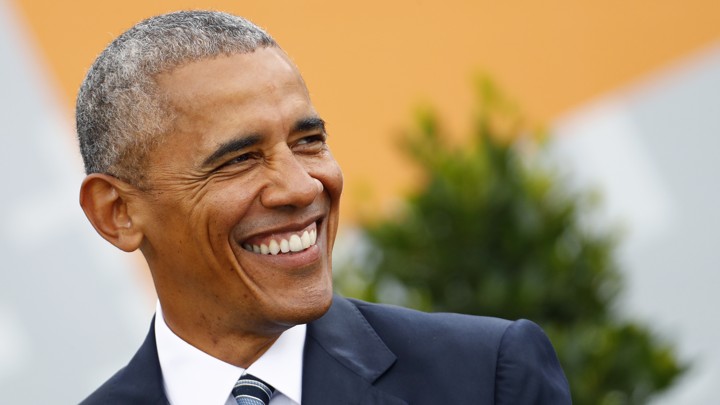 28 Feb Me, the President and an Unimpressed Son

Posted at 04:08h in Featured by admin

First of all, I’m thrilled to say that I’m going to be sitting down with President Barack Obama on Tuesday at the Saddledome.

Secondly, I recently realized that my kids aren’t as impressed with this fact as I hoped they would be.

Barack Obama was the first African American President of the United States. He is arguably one of the most recognized leaders on the planet. I said to John, “Do you have any idea the impact this man has had?”

John just looked at me.

“Everyone has questions for President Obama,” I said.

I told John how many people I’ve talked to about President Obama. Well-known people, and regular Calgarians, about what they would be interested in asking the President.

“Aren’t you curious about him?” I asked John.

“Does he have dogs?”

“Yes, but they aren’t coming with him,” I informed him.

John looked at me. “It’s just like those suppers, isn’t it?”

And that’s the problem.

My son John cannot understand adults, especially adults who visit our house for supper, especially when they have the gall to not bring any kids or toys.

He and Tess are pretty good at sitting and talking for the 45 seconds it takes them to eat, but then the adults will just stay at the table and talk. It’s one of my favorite things to do, and he is baffled by it.

He will sit for a minute, then get up, wander around, and then come back and stare at us.

“Supper is FINISHED! Why are you still here?” he’ll ask. “All grown ups do is TALK and TALK and TALK. Don’t you ever want to go out and PLAY?!”

He makes a good point. So how was I going to get through to this kid?

Then I asked him, “How many times a week do you ask me if you can have your own phone?”

“About a million times.”

“That I’m too young and that I’m not ready.”

“Well, that’s what people told Barack Obama when he decided to try and be President. They told him he was too young. That he wasn’t ready. That he should just be quiet. But guess what?”

I’m going to be sitting down with one of the most recognized leaders in the world for a smart, engaging conversation. Maybe somewhere in there I’ll have President Obama explain to John why he can’t have a phone.