The night we had DQ milkshakes together this summer 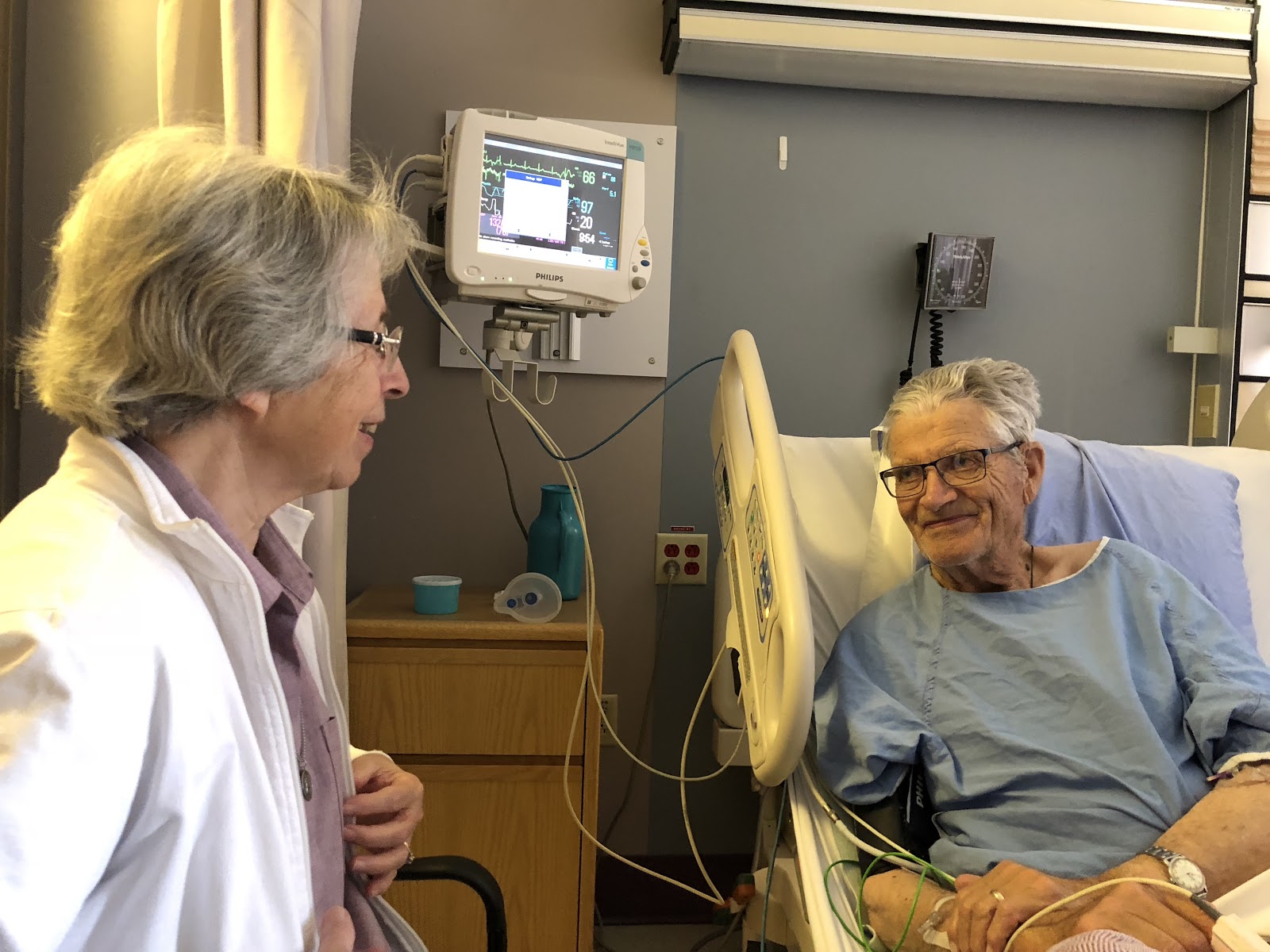 05 Oct The night we had DQ milkshakes together this summer

Posted at 23:57h in Featured by admin

My Mom isn’t usually sentimental. She is much more about the rules and how things should be done. But now and then, she combines the two. Like the night we had DQ milkshakes together this summer.

It started in August when Mom and Dad were sitting in Emergency at the Grey Nuns Hospital in Edmonton waiting for someone to take a look at Dad because he was having trouble breathing.

Then, out of nowhere, he had a stroke.

As some of you know if you were at the last DKL, my Dad tours seniors homes and hospitals around Edmonton, doing about 12 gigs a month playing the guitar and singing songs. He also does the odd construction job – fixing living room ceilings and patching bathrooms. He’s 84.

So there they were in Emergency talking about his difficulty breathing when he suddenly got very confused and started babbling random words. He told me afterwards that it was the most bizzare feeling to know that he wasn’t making sense, but he couldn’t stop it. Some of you got to see my Dad tell a story at DKL this past June. He stole the show, as you can see in this clip here. Clearly, he has no trouble with words.

Mom called the nurse over and they two of them spoke with Dad, then the nurse called a doctor who did some tests, including lifting each arm and leg separately and recognized he was having a stroke. At that point, things moved fast. They got him in a wheelchair and raced him down the hall for treatment.

They got the clot buster meds into him immediately and the damage was minor.

By the time I got to Edmonton it was that evening and Dad was in a hospital bed, with Mom in a chair beside him. My brother Gord, my Mom, Dad and all talked for awhile, then we left Dad. Mom took their car and I told her I’d meet her at their home. On the way I stopped at DQ and bought a milkshake for Mom. She likes vanilla.

I walked into the back door of the house, up the stairs to the kitchen and Mom was sitting at the table. She smiled at the DQ treats, and we sat and talked.

She talked about how it was strange to walk into the house alone – strange to think of what it would be like without Dad.

She talked about dying, about marriage, and what gives her strength.

She talked about how intense it was at the hospital and how once they realized Dad was having a stroke how they quickly raced away with him, leaving her alone in the little curtained area with an empty bed.

Throughout the conversation I was aware that I don’t often get time like this with my Mom – the two of us eating ice cream and talking big topics.

Then she said that as the team was rushing Dad away, him jumbled and babbling, he called back to her, totally clearly, “I love you Marie” and Mom called to him “I love you too, Bob.”

It was a sweet moment. My throat caught and I couldn’t talk. Eventually I said, “Why do you think he was able to say that?”

I expected her to say something like “Love cuts through anything” or “Love is more powerful than a stroke.”

Instead, Mom thought for a bit and then said, “Well, I guess the sentence was short.”