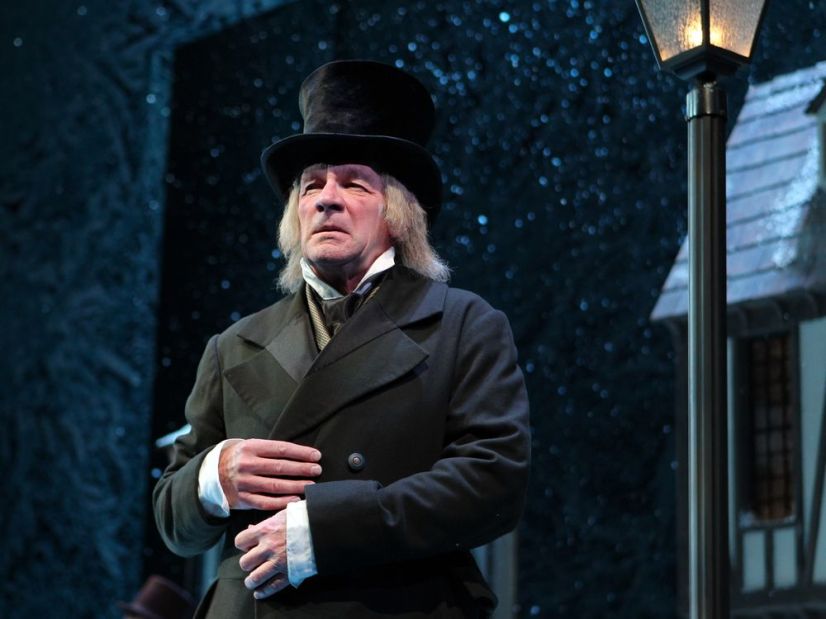 Posted at 16:16h in Featured by admin

I’m going to show you the best Santa-But-Not-Actually-Santa pictures you’ve ever seen. Let me set them up.

On the Sunday before the official opening night, Theatre Calgary does a special Christmas Carol for a very special audience. Alanna Schwartz has been going to that Sunday show every year since 2002. And she has pictures to prove it. That’s where the Santa-But-Not-Actually-Santa pictures come in.

The Sunday night show is hosted by Kids Cancer Care, a tremendous group that does exactly what the name says. That night young people can show up with an IV pole, with a mask, or with a nurse and no one bats an eye. And if you’re six-year-old Alanna and you’re six months into chemo and radiation, you might show up with a wig and a hat … and your cousin Kenzie. 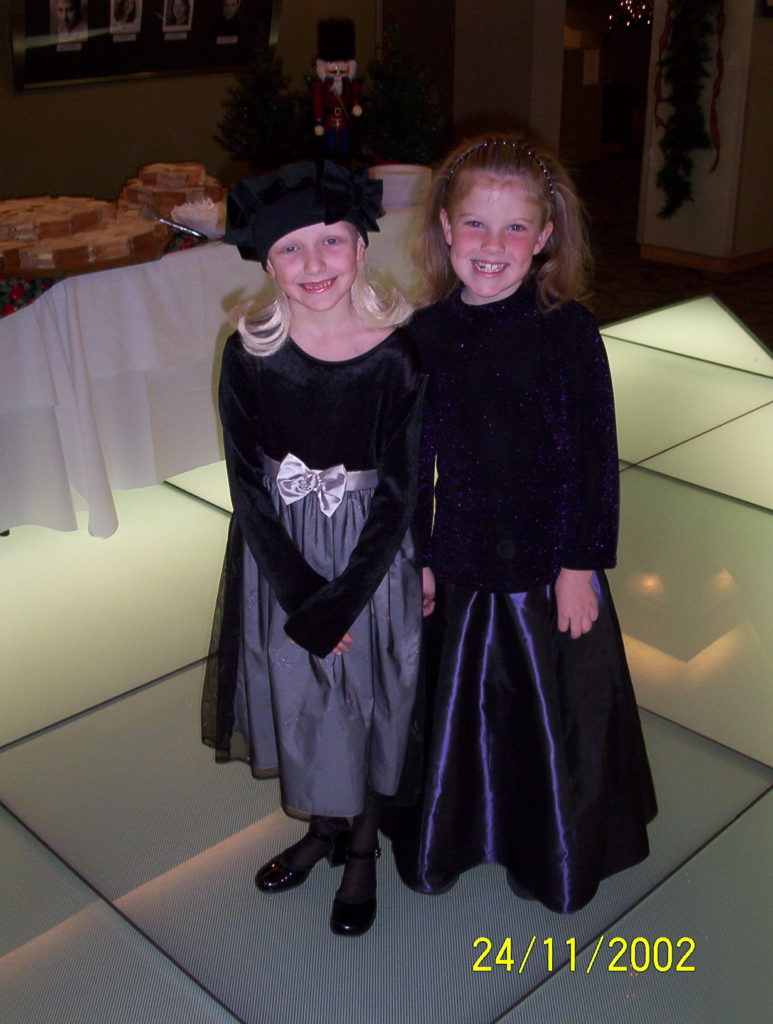 “Little Miss A was so sick,” explained her mom Jody. “When they portrayed Tiny Tim’s death in the play, I was a basket case trying to be brave as I sat beside Alanna and held her skinny little hand.”

After the show, the cast came out to say hello, and Alanna and Kenzie got to meet Stephen Hair. “He was so kind, so warm, and the kids were vibrating,” Jody said. “My heart was full.”

“Then,” she said, “something magical happened.”

An oncology doctor who knew Jody walked up to her with a Mom and her teenage daughter. “I have someone you should meet,” said the Doc. The Mom asked Jody how Alanna was doing. Clearly this woman knew a hat and wig when she saw one. Jody talked a bit about Alanna and her diagnosis; her heart still full from the play, full from trying to be a brave mom and not a scared mom. Then the woman looked at Jody and said, “My daughter had the same thing,” and put her arms around the teenage daughter standing beside her. A beautiful, healthy young woman.

“You could have knocked me over.” Jody told me. “We were looking for just a bit of joy and that night I found it in Stephen Hair and in A Christmas Carol, and then, in the middle of it all, I also found hope: this mom had her arms around living proof that you can beat cancer.”

And for the past 16 productions of Christmas Carol, Alanna and her cousin Kenzie have gone every year. They go because the show is great. They go because Stephen is great. And they go because Jody tells them you never know if a Trying-To-Be-Brave Mom is there with their sick child – and they need hope.

“Some people have pictures with Santa at the mall to monitor how their kids have grown. We have Stephen as Scrooge pictures.” 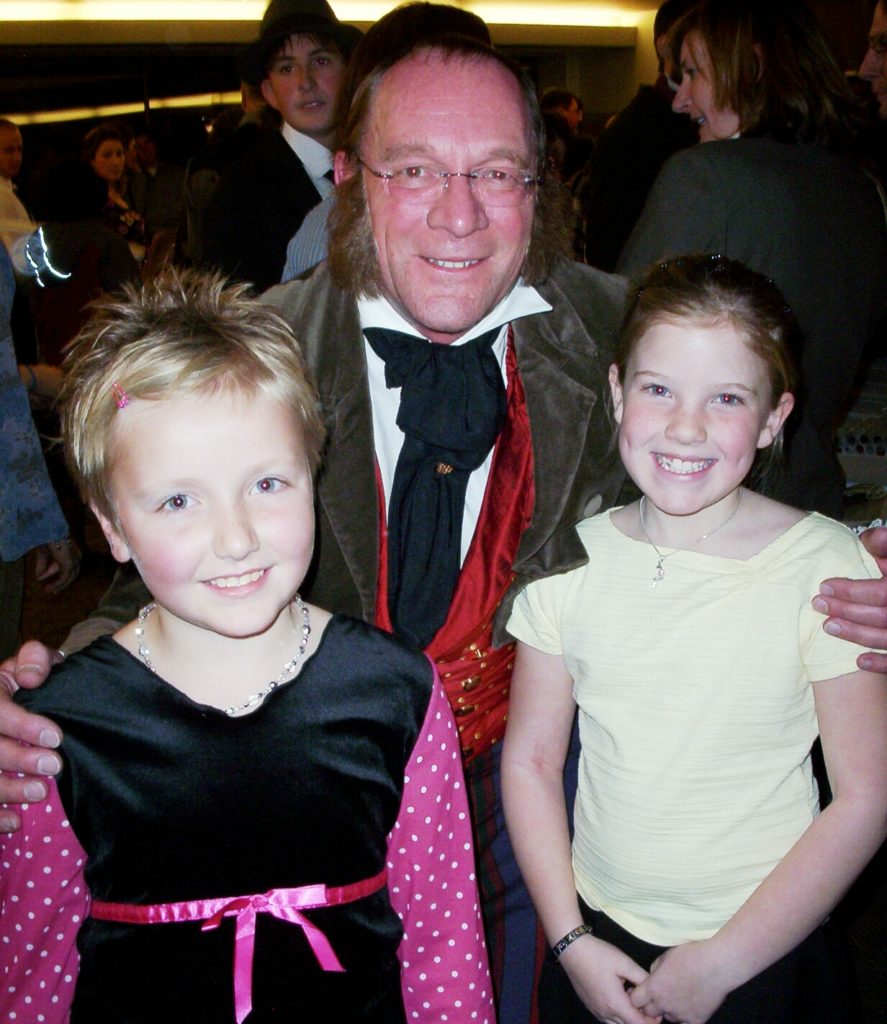 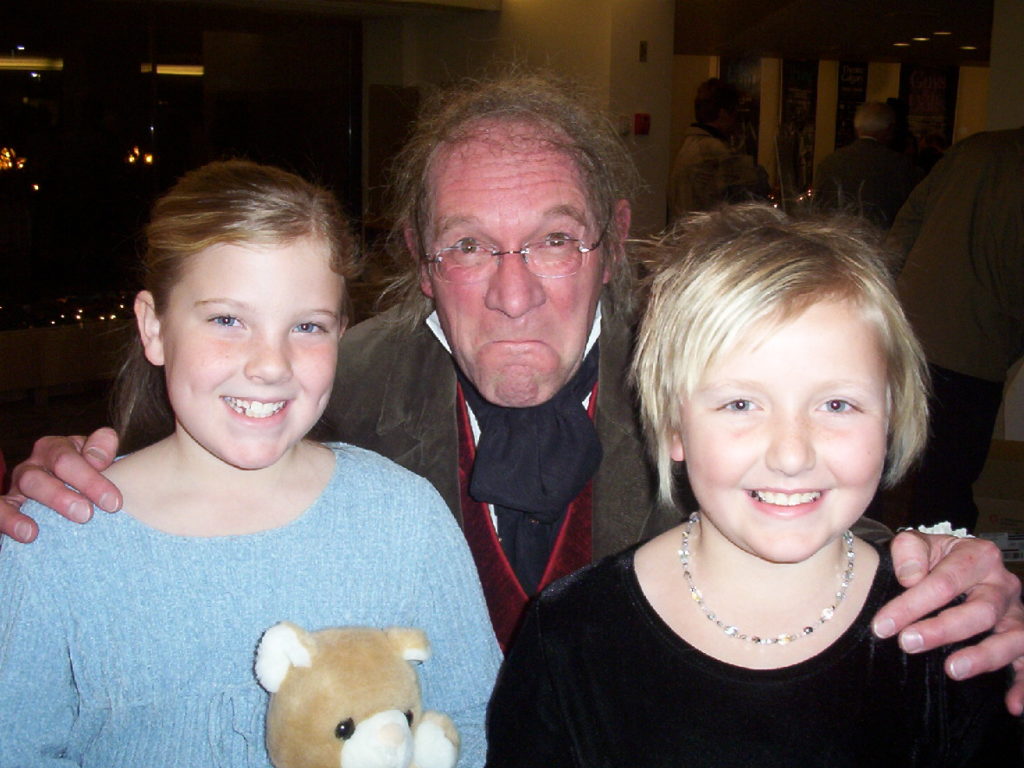 2005. Stephen was doing his best “humbug” face – but the kids knew better. 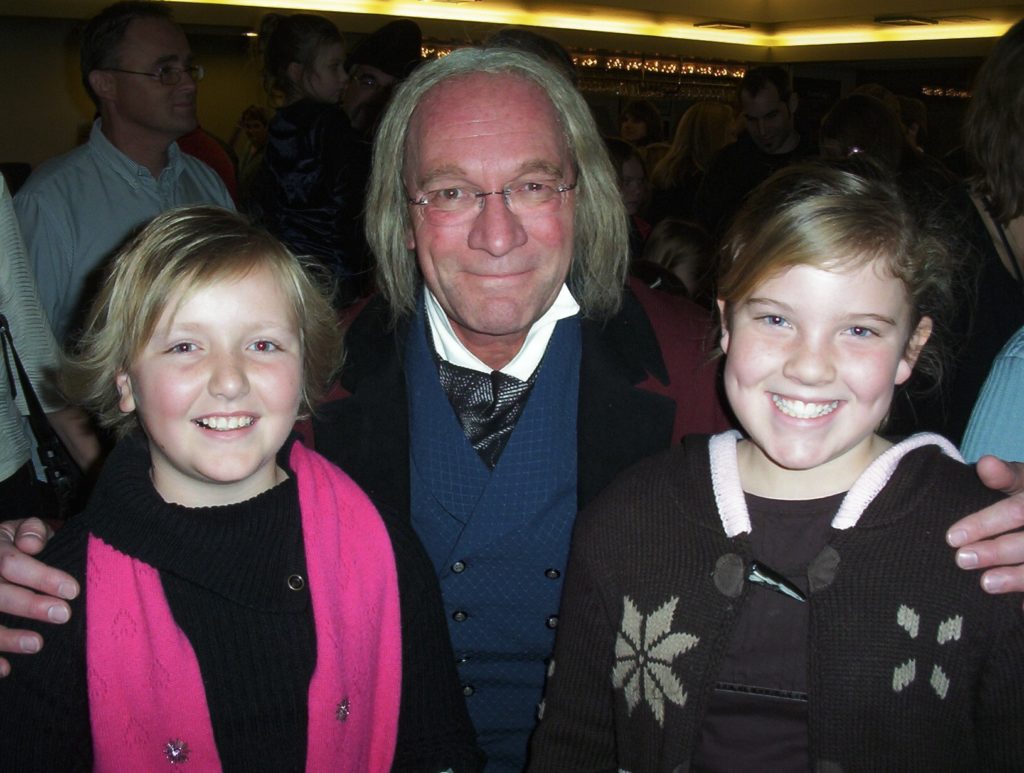 “This is 2006. We thought Alanna’s hair would catch up to Scrooge’s… but Stephen had a new wig.” 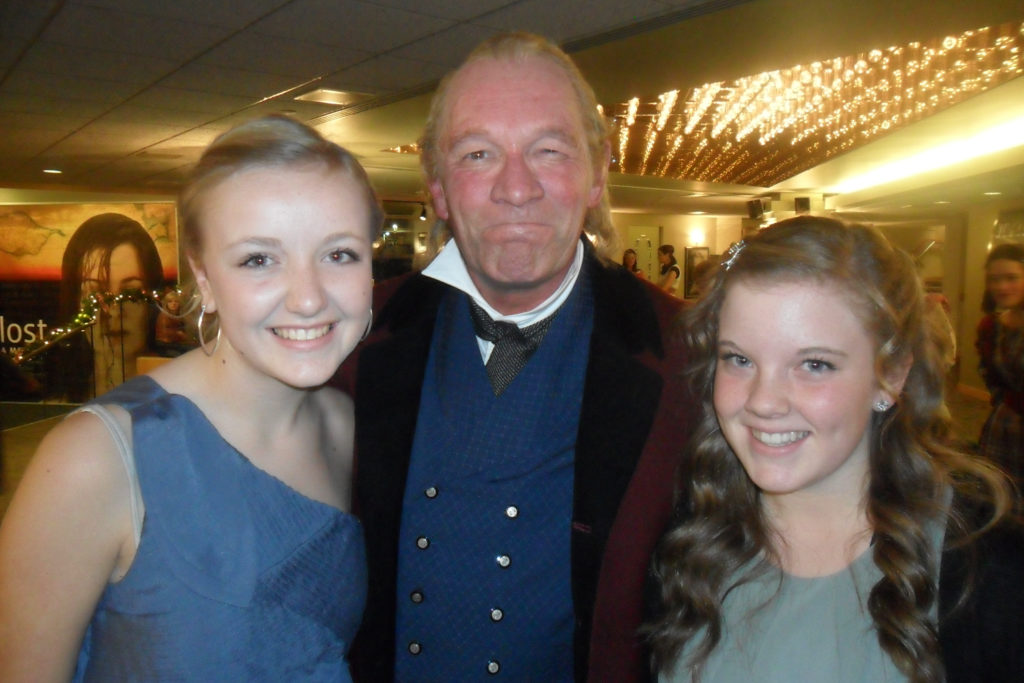 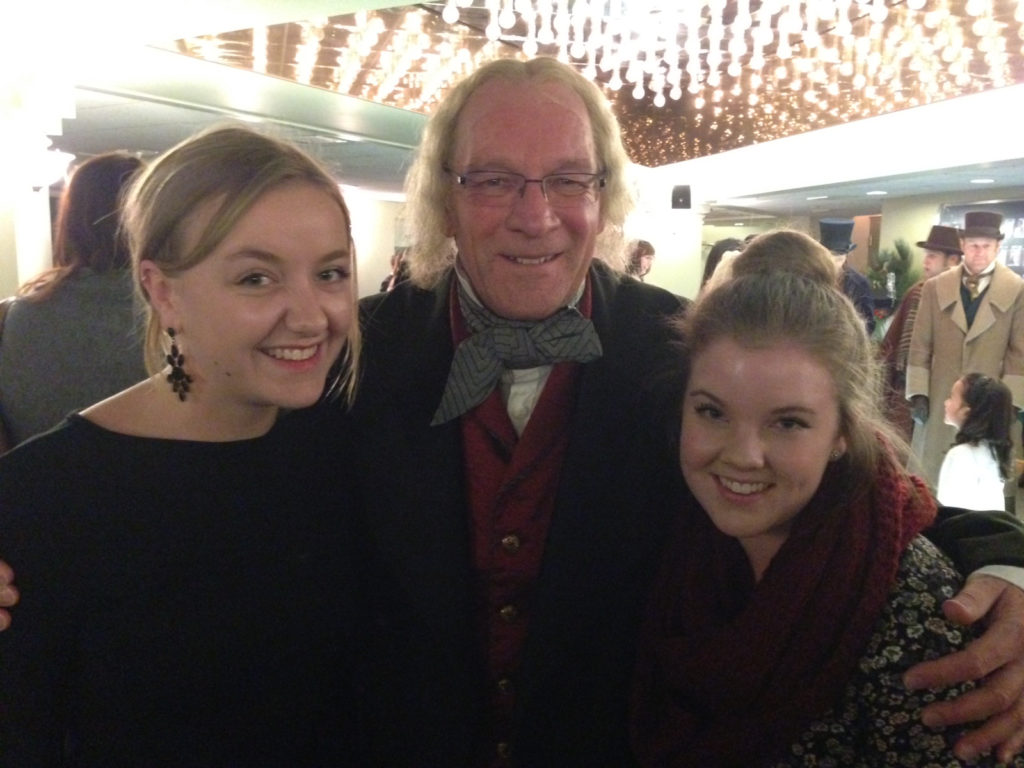 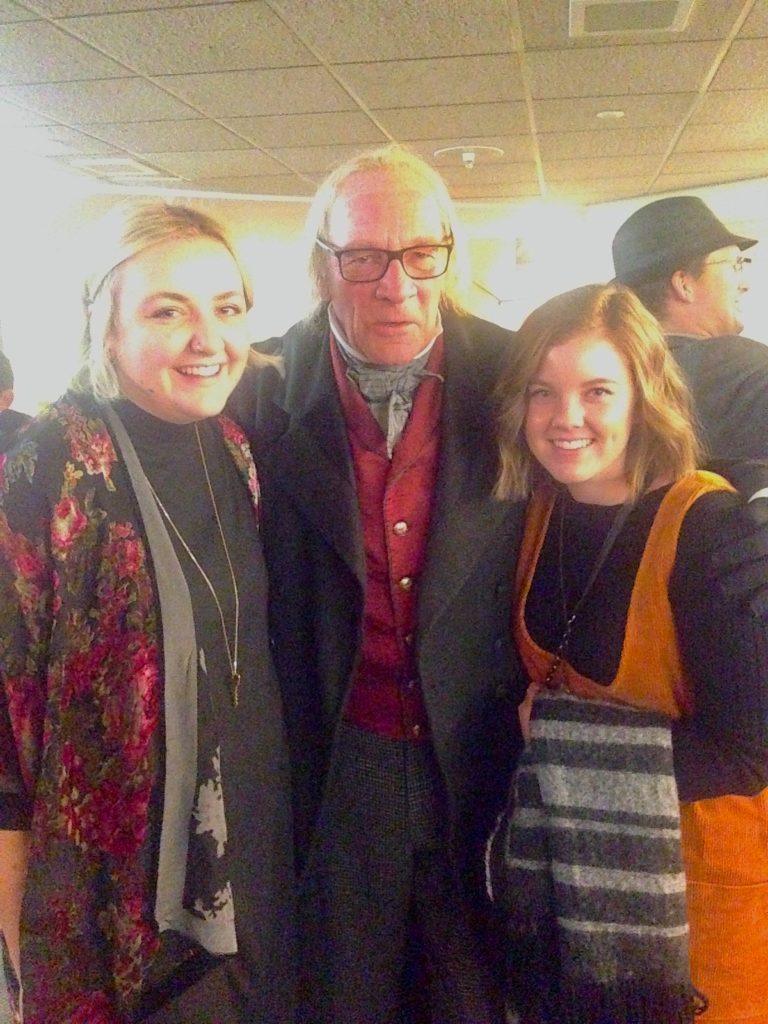