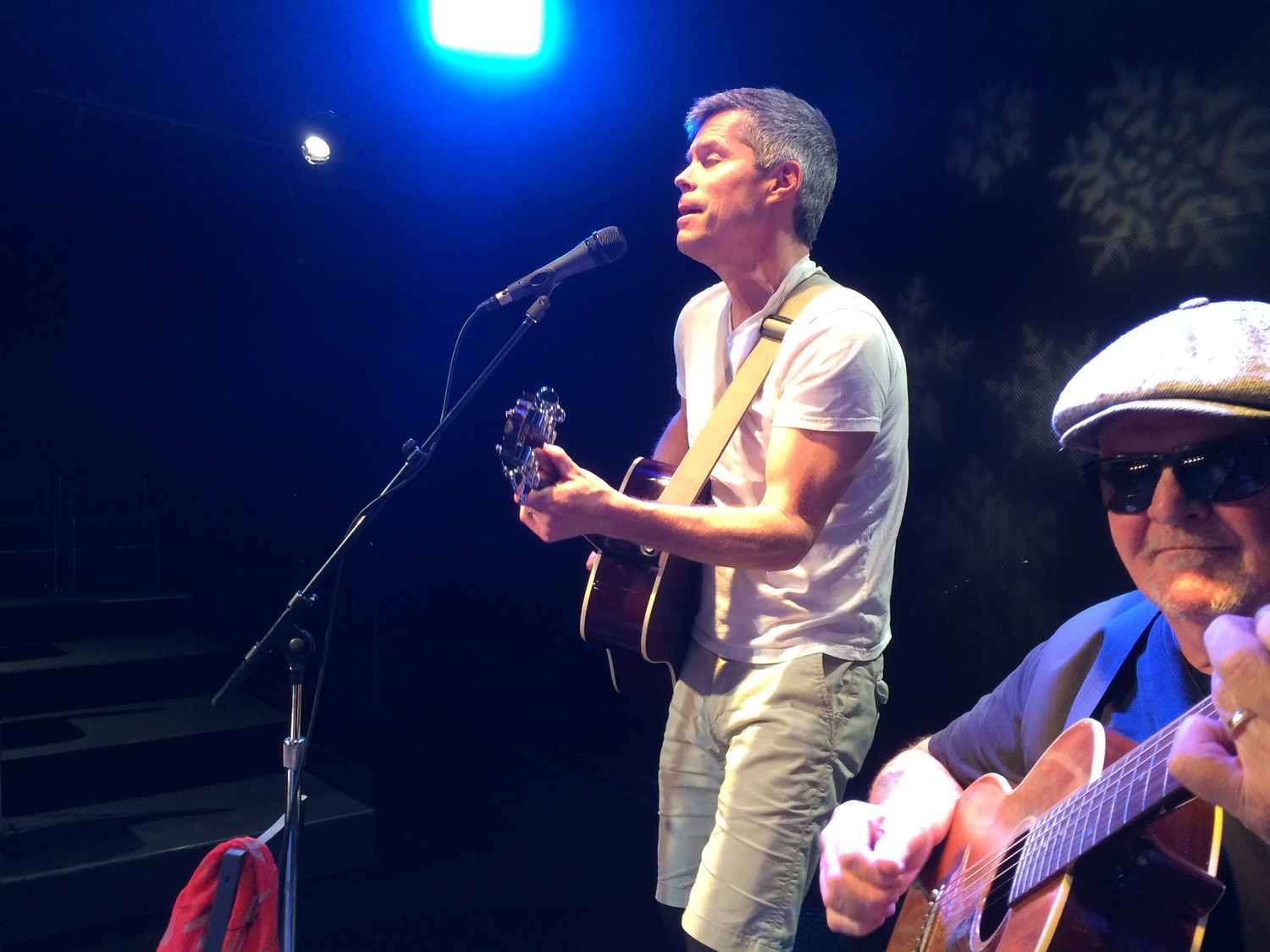 23 Dec Writing my way into a bucket list moment…

Posted at 11:00h in Featured by admin

So I’m doing a show called “Epiphany.” Tim Williams does the music. I do other stuff.

Williams is a blues roots musician with a new CD out called “So Low.” Cashbox Magazine recently reviewed it and called Tim, “One of the finest pickers on the planet.” Not bad.

I had a CD of his called “Evening Among Friends” – recordings of him playing alone on stage with his amazing collection guitars. For years it was my go to CD for everything. I loved it, and I especially loved one song called “My Babe.”

Tim almost killed himself trying to learn that song. So did I. The difference is that Tim learned it. I didn’t.

Last year I wrote a play about a middle-aged guy who works for the city, but can’t let go of the fantasy of a guitar duo he had in college. Lunchbox Theatre decided to produce the play that’s running at its downtown location until Dec. 23rd.

I needed a real guitar guy to play his old partner who went on to a legitimate music career. And really, there was only one guy I wanted – Tim Williams. When it turned out that he was available, I couldn’t believe my luck.

In rehearsal, there was a section where I wrote, “Steve (my character) and Danny (Tim’s Character) play a song from their college duo days together.”

Tim said, “Were you thinking of a particular song?”

And in my most trying to be casual, but not sounding very casual I say, “I dunno… hey, what about My Babe?”

And Tim says, “sure,” picks up his guitar and starts this frustratingly simple, but impossible to play blues lick. And I chord along.

And it’s in the show.

And for eight shows a week now, Tim backs me up while I sing “My Babe.” And part of me thinks, “Geez Dave, did you spend the last forever writing and rehearsing a play to tell a story you felt was worth telling, or is this just an elaborate scheme to get Tim to play My Babe for you?”

If you see me smile while we do that song, the answer is pretty obvious.