That’s What Friends Are For

21 Jul That’s What Friends Are For

Posted at 18:27h in Featured, Uncategorized by admin

I have to tell a story – and I’m naming names and posting websites – because it’s a great story.

It sort of relates to the picture from 2005 – especially when you look at the kids and their smiles. It goes like this.

Two days ago, I got an email from Sandy Baggott, an amazing woman from the Alberta Children’s Hospital. She works in Child Life Services – the department at the hospital that deals with trying to make sick kids feel normal – with recreation, arts, Stampede Parades. And day camps. Day camps for kids who don’t get to go to Day Camp.

If you’re a kid stuck in a hospital for long periods and you have medical issues that make it hard/impossible to get out to regular camps, imagine Sandy saying to you, “We’re having a day camp for you next week – and for one night – we’re going up to the mountains for a campout.”

WHAT?! With sleeping bags and campfires and tents and s’mores?!!!

Nothing could stop that excitement, right? Nothing.

As many of you know, there’s a lot of smoke in the air in Alberta from the BC forest fires. Not enough to stop folks from leaving their homes or going outside – unless of course, you’re a kid with a respiratory condition.  Suddenly, your night in the woods, your night of being in a sleeping bag, sitting by a fire, staying up late, eating s’mores… your campout literally goes up in smoke.

Two days ago, she sent me a note with the title “Favor to Ask”. This is part of it:

I was remembering the great sleep over events at the station and how some years it was set up like a forest.  I would love to surprise the campers with having some props in the gym so it looks somewhat like camping in the forest.

Let me if you have any ideas, contacts, etc so we can make this a magical experience.

I put a picture at the top of this post of one of our campouts at the TV station.  A fun night with kids dealing with cancer. And Tara McCool and everyone from the Big Breakfast. We had a riot doing them. And Sandy needed a team to make it happen again. And fast.

So this is what happened.

I called Jocelyn Flanagan, she runs E=MC2 Events.  I’ve worked with E for decades. (wow Jocelyn… decades? And we’re both 25. How is that possible?) She was in the middle of breakfast on holidays in the Muskokas. She said, “Call Keri Miller – I’ll text her and let her know you’re calling.” Keri is a partner at E and incredible. I call her and say, “We need to create a forest in a gym for 10 kids.” She said, “Ok – I’ll find decor, you find trees.”

I call a couple of plant places. Everyone is on holidays post Stampede. Then I thought of  Glenn Stevenson. Many of you know Glenn  – he was the in-studio behind the scenes glue on Breakfast Television for years, He’s working at a garden place now. I call his cell. Tell him the story. He says, “My boss is right here – her name is Sandy,” and hands her the phone. I talk to Sandy, who says, “We’d love to help. Let me get back to you to see what we can do.”

Twenty minutes later I get a call from Blue Grass Sandy (as opposed to Children’s Hospital Sandy) who said “We’ll make it look like a forest. Our truck driver needs to know where to drop off and how many people they need to help set up.”

And they’re doing it for free. Amazing.

I call Keri and say, “Ok – I’ve got Trees and Shrubs.” She say, “Great. I found decor people who have rocks, carpet and other foresty stuff.” Great.

Keri talks to Children’s Hospital Sandy and gets deliveries organized. Keri talks to Kalia from Decor and More to get them set up.

Children’s Hospital Sandy talks to Blue Grass Sandy and organizes the drop off and set up. 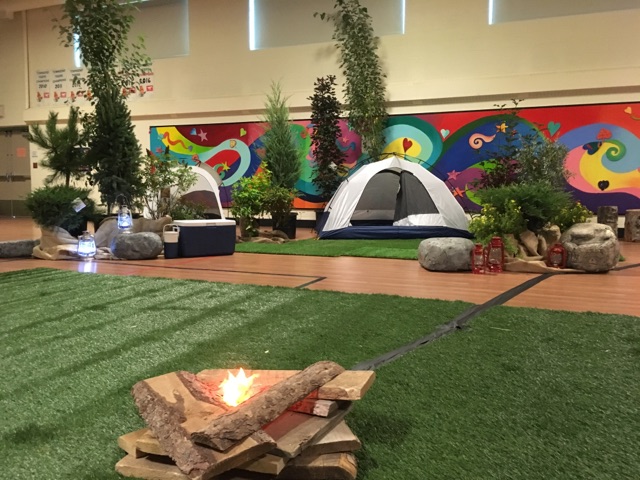 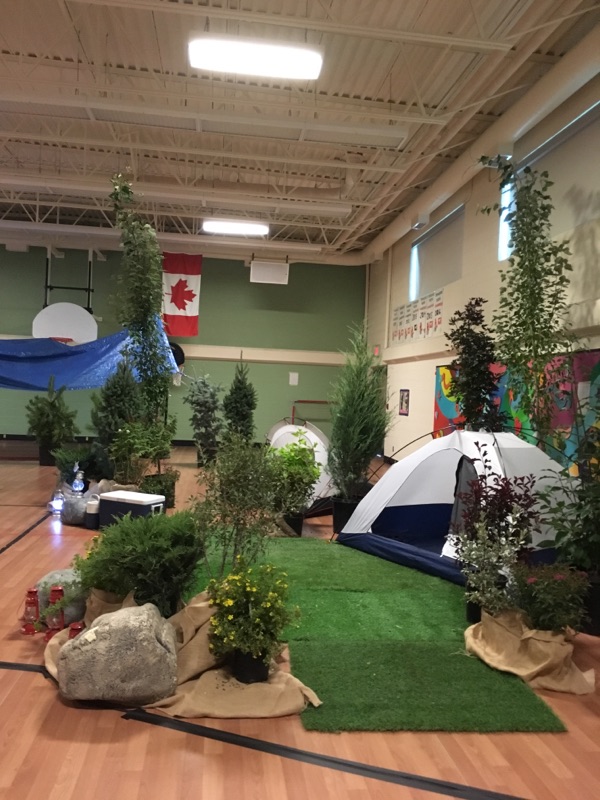 (There’s pictures of the kids- but it was just last night and we want to wait until the parents agree to have pictures put up. Coming soon…)

So do me a favor, would you? Can you send out a tweet or facebook post or a handwritten greeting card to these people and tell them that in the middle of a hot summer when everyone is away, everyone is recovering from Stampede, everyone left in the city is busy – can you tell them that they made 10 kids very happy. Kids who have a hard enough time feeling happy and who have to face struggles most of us never face – that they made a difference. They picked up phones, handed over phones, convinced their team, their boss their suppliers that they had something important to do  – and they needed it to happen for overnight – and it needed to happen for free.

That’s what these people did.

Jocelyn Flanagan from E=MC2 Events didn’t just let her phone go to voicemail in the middle of a holiday. She picked up and said, “Call Keri – I’ll let her know you’re calling.”

Keri Miller didn’t say, “There’s two of us in the office this week, I just don’t have the time.” She said, “Yes. I’ll find someone. Give me an hour.”

Glenn Stevenson didn’t say, “Well let me think about it and call you back” he said ‘My boss is right here – I’m handing her the phone.”

Kalia from Decor and More didn’t say, “We’re still getting our Stampede events packed up” she said, “What time? What do you need?”

They are good people. I hope they know it. And if you can – remind them how much it means to all of us when they do something great for the city.